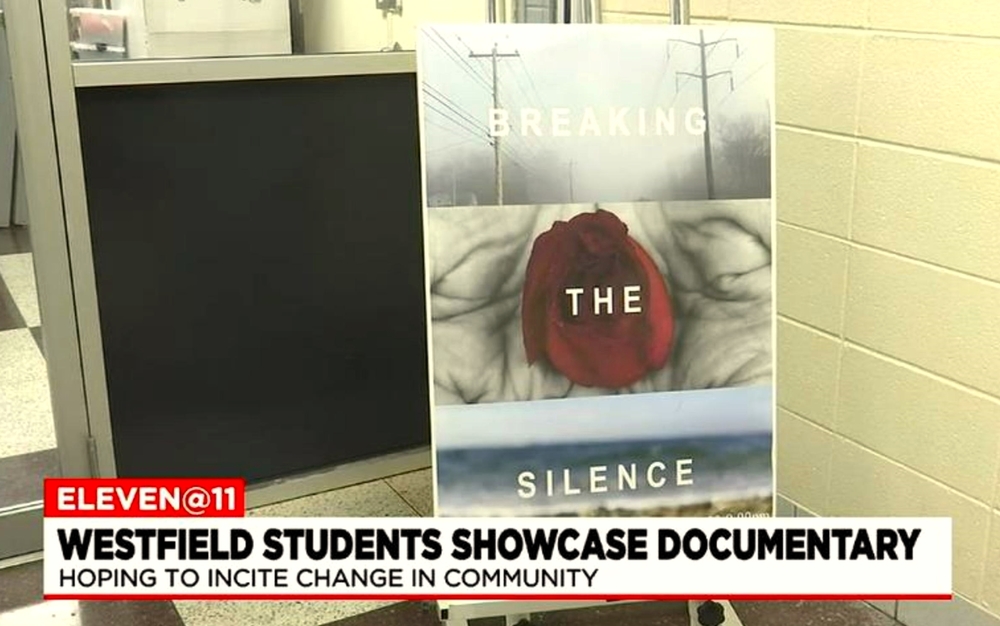 The students are using the power of film to try and educate their community about the issue of the opioid epidemic.

In the Westfield high school auditorium, community members anxiously waited to view the end result of a three-year-long project.

“It’s a film that we’ve been working on, classes before me, for like three years. It’s finally put together, so we wanted to make sure that we represented the past class,” said Cailyn Crean, a Westfield High School student.

Three years ago, Kristen Biancuzzo had an English class, full of students that felt passionate about the issue of opioid addiction in Westfield.

They decided to create the documentary.

“It’s to show people that you don’t have to be silent about this issue. They can break it and talk about it and they’re not alone when it comes to drug issues,” explained Crean.

The film had three parts: one to educate:

“Police officers, our school resource officer, our adjustment counselors, and other people in the community about the seriousness of things like fentanyl and heroin,” said Westfield High School English teacher Kristen Biancuzzo.

One to touch the hearts of viewers:

“People in recovery, parents who lost children, students who might be dealing with issues,” said Biancuzzo.

And one to offer resources:

“What are some things that you can do,” said Biancuzzo. This topic is very timely, as the state’s Department of Public Health just released the latest overdose statistics on Wednesday.

Westfield’s numbers more than doubled in one year. In 2020, there were eight opioid-related deaths. In 2021 there were 18. This viewing was also a fundraiser and all the money raised will go towards recovery resources in Westfield.